I was served a slice of Humble Pie today as our group worked to clean Zion Christian Cemetery. And when I say clean, I really mean chopping down trees and brush with hand saws, axes, machetes, and loppers while digging up tombstones that were buried a foot underground. It was labor intensive work, but the Lord’s strength prevailed.

Here’s a little background information about our location: The cemetery is one of the first African American cemeteries in the country. The last person was buried there in the 1970s. Since then, those buried across the 17 acres have been disrespected tremendously. The cemetery has been used for drug deals and as a prostitution site. The project to restore the cemetery began in 2005 and over 100 groups have served on site.

My experience was capped off when I began clearing out some low brush with loppers. At first I thought I was going to chop down a few bushes and move onto the next grouping until I hit concrete. Underneath all the shrubbery was a tombstone. The Spirit took over as I was digging and I kept thinking “O death, where is your sting? O death, where is your victory?” Despite all the evil that has taken place on that soil, it was being destroyed. Those who’s bodies laid to rest were being dignified again.

My beautiful sister, Claire, eloquently stated her view on the Cemetery as follows:

Looking at the cemetery for the first time, the task seemed daunting. Only five acres have been cleared since the project began (in 2005) and there are at least twelve left to go. It’s easy to become disheartened by the task facing us. It’s only when we started to uncover the gravestones, one by one, that we realized that the mission is not simply to clear land. Every time a headstone revealed the name of someone who was laid to rest ages ago, that person springs alive, into the minds of a generation that had no knowledge of how time is simultaneous to God. Those who lay in Zion Christian Cemetery are now brought back into the lives of the living, and their families will no longer see an empty space in history where their ancestors were lost. One uncovered headstone is a victory for God and all of His children, those living and dead. THAT is the point of our mission, and it will be fulfilled, no matter how long that may take.

Grace and Peace from Memphis, 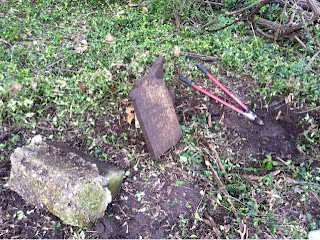 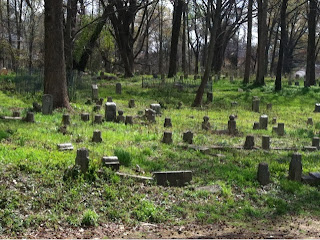 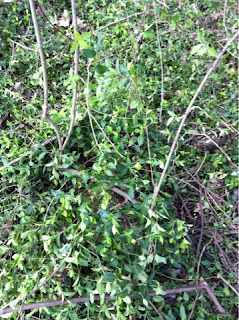 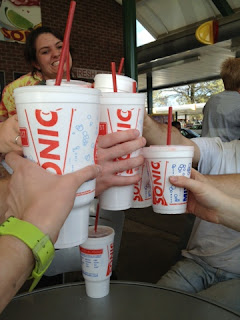