What conversations will you start today that truly matter?

Last week I caught a glimpse of Heaven – where cultures collide without tension and God dwells. I watched students from Texas and Mexico build community without the boundaries we’ve created. Culture, language, history, and race could not deter them from working together to complete tasks. I’m confident they experienced what we’re design for – unity. Unity with the Father and unity with people.

Your eyes saw my unformed substance; in your book were written, every one of them, the days that were formed for me, when as yet there was none of them. | Psalm 139:19

There’s no such thing as a “bad day.” Some days are lined with difficult circumstances, but those circumstances don’t take away from what a good and perfect God formed in advance. He’s hemmed you in, behind and before. The King of the universe knows you and is for you. Every day is counted. Every day is good because He is good.

Forgiveness isn’t a sign of weakness. Kindness doesn’t make you a door mat. Extending grace is bold. Thanks for the reminder, Mo. 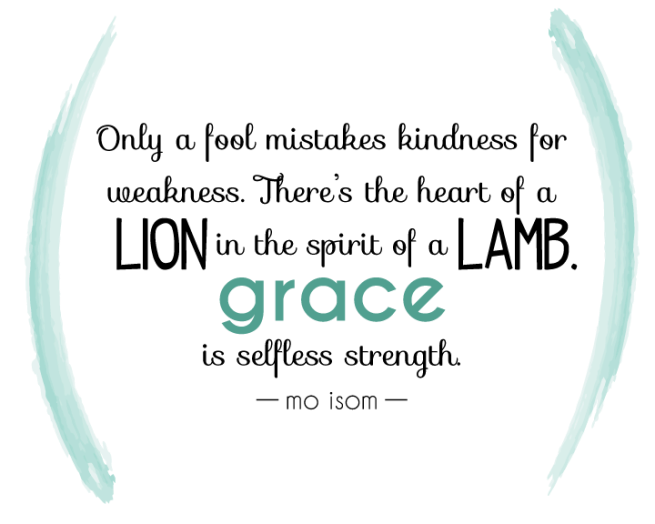 Don’t forget to give credit where it’s due. The things you are grateful for are gifts from the Father of lights. Be blessed!

We have this hope as an anchor for the soul, firm and secure. -Hebrews. 6:29

A brief update on my current adventures: I moved to the DFW area three weeks ago because God closed a lot of doors and opened one. He obviously knows I’m indecisive, so He made my next steps easy to decipher (He’s so good, y’all!). I love Austin and the incredible people I’m blessed to call friends that live there, but I’m confident that it’s not where the The Lord wants me right now. When I left ATX, I bawled. I didn’t want to leave, but I knew that if I intended to walk in obedience, I needed to trust and go. Since that move, The Lord has repeatedly affirmed that DFW is where He wants to use me. I’ve found community, made friends, and am loving every surprise – even Siri’s inability to guide me where I want to go. It seems like “proceed to the highlighted route” and “rerouting” are some of the most common phrases in my vocabulary lately. In Philippians, Paul talks about a peace that surpasses all understanding, and I can honestly say that’s what I’m experiencing (Phil. 4:7). Complete peace that doesn’t make sense.

Now for some heart fuel!

One of the many blessings The Lord has given me in “The Plex” is The Porch at Watermark Community Church. It’s quickly becoming a “Tuesday Tradition” to attend the young adult service and hang out with my incredible friends afterwards. Last night’s message was POWERFUL! We’re walking through Ecclesiastes, and JP, empowered by the Holy Spirit, brought it. One of the main things I took away from the message is that Christians are creative, not boring. So often, we are categorized as rule followers. I know that is especially true of me because my heart is prone to legalism and self-righteousness (Gross, I know. PTL for JESUS!!!). I’ve struggled with cycles of religion rather than relationship, and God’s used some extreme measures (sending me to France) to transform my heart. Like I said earlier, He’s so good.

This simple thought is so true. Think about it. God is creative, so it’s natural that His creation is creative. Every single person you cross paths with is uniquely designed. No one looks exactly the same (including identical twins), which means BILLIONS of people have walked the earth, and not one person is an exact replica of another. That’s creativity. If the God of the Universe is creative, it makes sense that the aspect of creation He made in His image is creative too (Gen. 1:27). When I reflect on events in my life that have been the most fun, I’ve realized they were spent with other Christians doing some of the most random things. After last night’s message, I now realize these moments were incredibly joy-filled because we were fully exercising the creative nature God gives His people. Sometimes I feel like a 12-year-old walking around in a 22-year-old body, but the reality is the imagination The Lord’s given me and my friends leads to some pretty random and ridiculous adventures. And, I wouldn’t change that for the world. 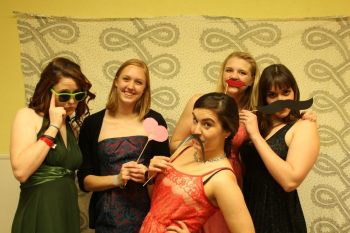 Exhibit B: You’re never too old for a game of kickball. 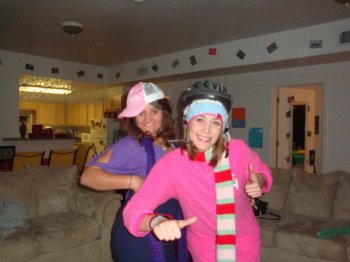 Exhibit C: Staying up until 4 a.m. for no reason. Apparently we thought it was a good idea to take pictures in ski clothes and bicycle helmets. YOLO 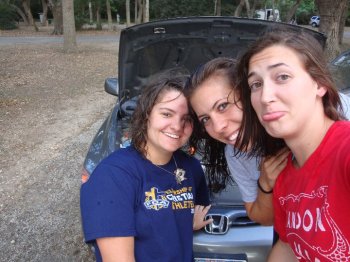 Exhibit D: Camping in hurricane-force winds with a Honda Civic. Always an adventure. 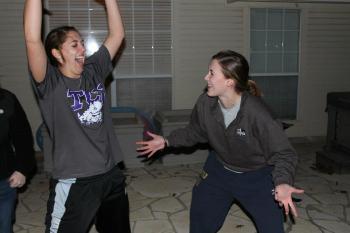 Exhibit G: There’s no shame in dancing in the bed of a truck at a coffee shop. 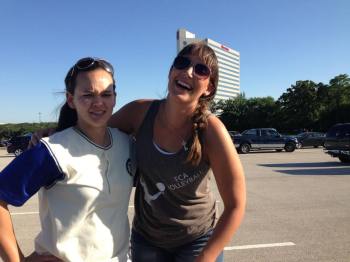 Exhibit H: Spontaneous trip to the ballpark. Why not?

As I reminisce on these memories and many more, it’s evident that this life isn’t meant to be boring! It’s meant to be creative beyond measure. Yes, fun looks different from the world when you’re following Jesus. That’s not a bad thing. Sin isn’t creative. It’s repetitive and harmful. Get creative. Now! Do something absolutely ridiculous and completely righteous. Hit me up if you need ideas. I would love to help you out!

There is so much freedom and creativity that comes from knowing Jesus as your Lord and Savior. When the podcast is posted online, I’ll share a link to it ASAP! 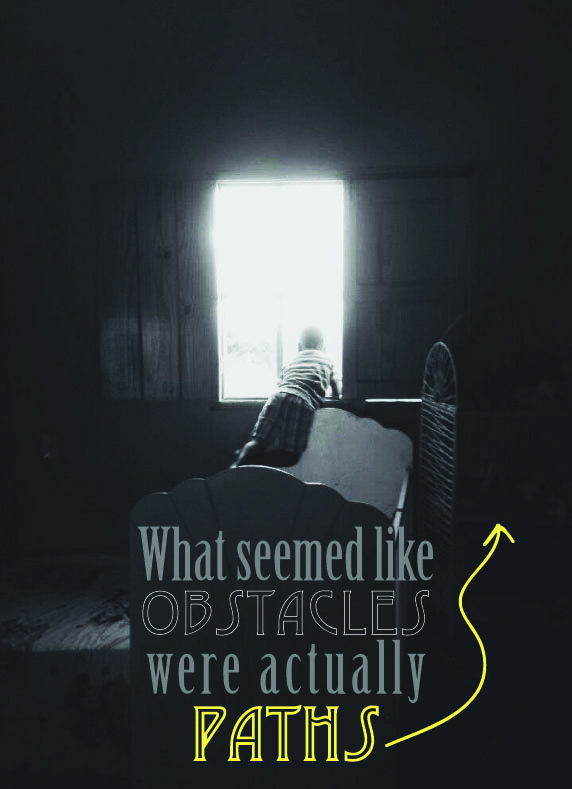 I love this quote by A.W. Tozer. Be encouraged and confident in the grace of God and the blood of Christ! 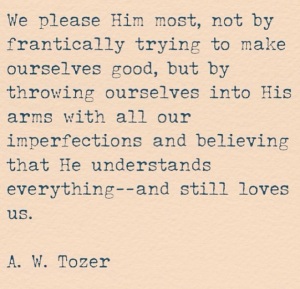 Most of my Winter weekends as a child were spent at my family’s deer camp with my Dad and Grandpa. My role during hunting season was decorating the deer stands with breathtaking doodles (sense the sarcasm?) and using my keen sense of sight to spot deer as they emerged from the timber. Over the years, I’ve spent less time at this little slice of heaven, but when I get the chance to spend an afternoon in the wilderness, I’m overwhelmed by the presence of God in His creation.

Last Sunday, I ventured into the wild. My Honda Civic navigated through the pothole-filled roads and I spent the afternoon six miles from electricity with my Dad, cousin and beloved pup.

Between exploring on four-wheelers, reading in my hammock and napping a portion of the afternoon away in the great outdoors, I had a perfect Sunday basking in The Lord’s creation. It was as if each breath of wind, blooming flower and ripple of water pointed heavenward. I’m constantly in awe of God’s glory that’s revealed through creation, and my mind can’t help but wonder at how awestruck I’ll be when I meet Him face-to-face.

The heavens declare the glory of God, and the sky above proclaims his handiwork. -Psalm 19:1